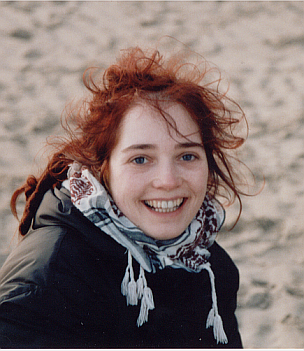 Lets deal with such important question as Who is this page's designer and Why is it called Rumpelkeks.de?

Well, me first: My (real) name is Tina Friedrich. I studied physics in Heidelberg (Germany), graduated about a year ago and have now moved to Oxford, UK. I work as a Linux systems administrator at a research facility.

Additionally (well, mainly actually) I'm quite a music lover - live music being my real favourite. Basically I'm a fan of The Levellers. But there's a few other bands that I like to listen too - and above all see live on stage - as, for example, Oysterband or Barnstormer, also New Model Army (or Justin Sullivan solo), Red Sky Coven etc... not to forget the Fabulous Fish Brothers!. I'd call that my only hobby which doesn't mean there's nothing else I do in my spare time. It's only the thing I most enjoy doing. Admittedly, I invest quite a lot of my time (and money) in going to see some band somewhere - if the mountain won't come to Mohammed... - literally somewhere, I tend to travel all over Europe to see some live music (or go to a festival, of course).

Of course there's other things I enjoy - I read a lot, like board games (and role playing games and card games and whatever), love going out (pub, preferably, not that much of a clubbing person unless, of course, there's a live band playing...). I also like things like cooking, knitting, sewing, hiking, bicycling... and 'playing' with my computer. That's not computer games but fiddling with it (maybe program a bit or get new parts to work or play with it's configuration or - try out whatever else crosses my mind). I love tinkering with stuff...

It'd not be hard to explain about the Rumpelkeks but I won't as that would take all the fun out of giving people my email adress!